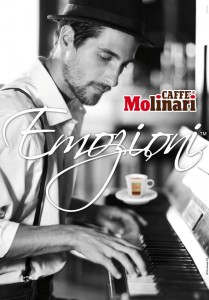 A look at the Italian Coffee culture:

It would be hard to think of Italy without coffee. After all it is the national breakfast and the home to coffee drinks that have taken the rest of the world by storm. Without Italy, Starbucks would not exist and without coffee, Italy would grind to a halt. No, coffee was not invented in Italy but coffee culture as we know it did originate here. Today Italy is a country of coffee aficionados who will not tolerate (or visit) an establishment that has bad coffee. Italians will even skip coffee in a restaurant to have one at a favourite bar, it is just that important.

Most of the world’s coffee today comes from either South America Italian espresso blend coffee beans or Indonesia (hence the nickname Java), but coffee originated in the highlands of Ethiopia and did not reach Europe for thousands of years. It was not until the 16th century that the introduction of coffee to Europe took place. Coffee arrived from the Middle East where it had achieved a near cult like following, with the first coffeehouses being established in Istanbul. Once accepted by Islamic law (it was very nearly banned, like alcohol) the beverage followed the spread of Islam across Africa and Eastern Europe. Venice, which relied heavily upon trade with the Muslim east, was first introduced to the invigorating liquid in the 1570’s. However coffee would remain a luxury item at this time and not drunk for refreshment, but as a medicinal drink. However once coffee was transplanted to European colonies in Asia and South America the bean thrived and became accessible to the public.

The 17th century saw the opening of the first European coffeehouse in Venice, which later spawned over two hundred others along its canals. Coffee spread quickly at this point and other coffeehouses were founded in the major cities of Italy. Some of these dignified and elegant establishments are still in existence in Venice, Turin and Rome; virtual palaces to the national stimulant. But in the end it all depends upon the coffee itself and not where you drink it.

Good beans make good coffee, it is that simple. But to make great coffee it takes a master to blend and roast the beans properly. Italian coffees use mainly the Arabica variety of coffee bean, known for its full flavour and low caffeine content. However depending upon the region and particular tastes, the stronger and caffeine rich Robusta beans are blended with Arabica. The blends of the south tend to have more Robusta content in their blends which makes for a stronger espresso.

Unlike French roast coffees, which are dark and very oily, Italian roast coffee is a rich brown colour and should have very little or no oil on the beans. Roasting time depends upon the blend as Robusta beans need to be roasted longer than Arabica blends. The coffee roaster is a master craftsman that must treat each batch according to the beans being used, taking great care not to roast too long or too hot. A darker roast does not always mean a better espresso and so the roaster must keep a careful eye on the beans during the process since they can burn in the blink of an eye. Once perfectly roasted the beans are allowed to air cool, this allows the beans to retain their flavour until they are ground for brewing.

Grinding of the beans should be done immediately before brewing to ensure the freshest flavour. Grinders that use grinding wheels (like found in Italian bars) as opposed to a grinding blade are preferred since they allow for a more thorough grind. For coffee made for home brewing, the beans are often pre-ground and then vacuum-sealed in small portions to ensure freshness. The grinding level also depends upon what kind of machine is being used to make the coffee. Commercial espresso machines use a very fine grind that creates its own filter when under the high pressure of the brew cycle. In contrast are some home brewing grinds that are fairly course.

Ordering and drinking a coffee in Italy

When ordering a coffee in bar in Italy keep in mind the differences in price. In many of the nicest piazza in Italy a cappuccino can cost four times as much if you sit at a table than drinking it at the bar. Most Italians drink their coffee quickly at the bar before heading off to work, leaving the tables for the tourists. If you try to order a coffee by asking the bartender, be prepared to give him your receipt. In most places you have to pay for your drink first and then show proof of purchase by giving the bartender the receipt. It sounds silly, but it is an effective way to make sure everyone pays for their order.

Caffe Molinari has been in business for over 200 years in Modena, Italy. In 1880 Caffe Molinari became a supplier to the Savoia House (House of Royals), and has grown from strength to strength ever since. New research projects into new packaging technologies began on Via Fanti and coffee continued to be processed as always with love and passion, in ceaseless pursuit of excellent quality. Combining quality with the new packaging technologies, Caffè Molinari soon became a leading company in the coffee business in both the domestic and world markets. Caffè Molinari currently carries out its roasting activity at the brand new facilities on Via Francia 20.