Over 200 years of coffee passion

Caffe Molinari has been in business for over 200 years in Modena, Italy. In 1880 Caffe Molinari became a supplier to the Savoia House (House of Royals), and has grown from strength to strength ever since. Caffe Molinari is proud to have their coffee at Ferrari in Italy.

The trading company “Giuseppe Molinari”, successful in the food sector, was formed in 1804 and became a supplier to the Savoia house in 1880 under the name “Ditta Fratelli Molinari” [the Molinari Brothers company]. Molinari vinegar began to acquire prestige winning numerous international awards in this period also.
In 1911, on the wake of other leading Cafes opening in other cities (“Florian” in Venice or “Caffè Greco” in Rome), the family opened “Bar Molinari”, which became a meeting place for the entire city and a meeting place for artists and intellectuals, in the heart of Modena.
In 1944, the founder Giuseppe and his sons Alberto and Emilio began roasting coffee at the facilities on Via Rismondo in the middle of the historical center. As business activities grew, roasting then moved to via Modonella and finally transferred to Via Fanti, where the company changed its corporate structure to become “Caffè Molinari S.p.A.” 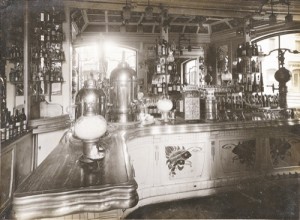 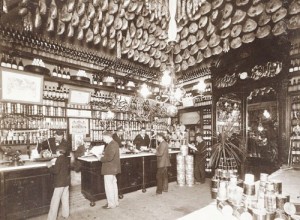 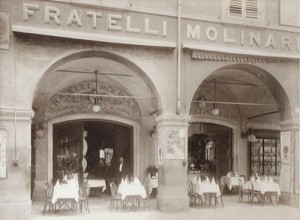 New research projects into new packaging technologies began on Via Fanti and coffee continued to be processed as always with love and passion, in ceaseless pursuit of excellent quality.
Combining quality with the new packaging technologies, Caffè Molinari soon became a leading company in the coffee business in both the domestic and world markets.
Caffè Molinari currently carries out its roasting activity at the brand new facilities on Via Francia 20. 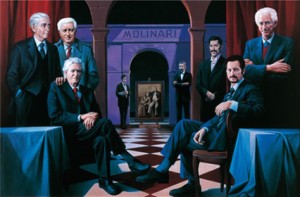